The Women’s Labor Law is designed to protect the rights of working women and prevent them from being exposed to discrimination. This law places a broad emphasis on the rights of pregnant and postpartum women, related to the place and working conditions during and after pregnancy. These rights are enforced by both the Ministry of Industry, Trade and Labor and labor courts, which have the authority to rule on granting an injunction to be fired, and to compensate the facts whose rights have been violated.

Pregnant women who work more than six months instead of hiring should not be fired without the approval of the Ministry of Industry, Trade and Labor. This approval will only be provided if the employer has proved that the dismissal is not related to pregnancy, and stems from other reasons. Also, if the pregnant woman did not report the pregnancy to her employer, and he proves that he did not know about it at all, the dismissal will not be considered illegal. It should be noted that a woman who has been employed there for less than six months and was fired due to her pregnancy is not protected under the Women’s Employment Law, but at the same time, she can still sue her employer in the situation for the Equal Employment Opportunity Law.

From the 5th month of pregnancy, pregnant women should not be employed at overtime, on rest days or at night. An employee is permitted to work these hours and days only if she has presented a medical certificate and has agreed to it in writing. Also, for a woman who works full-time, a 40-day absence related to supervision and medical treatment during pregnancy is not considered sick days and her salary will not be affected. When it comes to part-time, absence is possible for 20 days.

A pregnant woman who works with hazardous substances or is exposed to any type of radiation is required to notify the employer of her pregnancy up to 10 days after the discovery of her condition. The employer, for his part, must find her an alternative job that does not reveal a message of these substances for the duration of the pregnancy.

It is important to know that up to 60 days after maternity leave it is forbidden to fire a woman, or to send her a preliminary notice of dismissal. In addition, for 9 months after birth, a woman who resigns for the purpose of caring for her baby is entitled to severance pays.

Although pregnancy, in everyone’s eyes, is a joyous occasion, it can provoke quite a few challenges when you’re a hiring worker, or, alternatively, If you are an employer that one of the employees of the business, company or organization has become pregnant. Beyond the happy event in itself, various practical, administrative and legal questions come up (for example, how many weeks into the pregnancy should the worker announce about pregnancy?) about which the law tries to answer as much as it can, when it tries to protect, on the one hand, the pregnant worker, and on the other hand, not to harm the employer, who is to come, within a few months, “lose” a pair of working hand in his business.

In practice, there are currently two main laws that moan about the rights of the working woman when trying to conceive, during pregnancy and after childbirth:

The Women’s Labor Law, since-1954 – quite a few clauses in which a strong and protective umbrella is issued for the hired worker against dismissal due to pregnancy and childbirth, and even protection relating to absences that originate from pregnancy and / or childbirth.

The Equal Employment Opportunity Law, since-1988, which prohibits employers from discriminating between employees for a long list of reasons, including a prohibition on discrimination due to fertility, pregnancy or parenting treatments. .

When to tell about pregnancy at work?

The question “When should we announce a pregnancy at work?” is pecking any employee who has become pregnant, most likely from the moment she discovered her pregnancy. it is appropriate, therefore, to know that the rights of a pregnant woman apply to the employer at the very initial stage – the stage of the job interview, even before she was hired.

In principle, the law does not explicitly require the candidate to accept the job to disclose the pregnancy matter to her potential employer, and this is, of course, in case the matter is irrelevant to her role and ability to function there. On the other hand, if the candidate chooses to disclose to the potential employer that she is obligated, the employer must not discriminate against her at the reception for this reason.

When should we announce pregnancy?

In section 10A of the Women’s Labor Law is the following directive: “An employee who is five months pregnant will notify her employer, and when she does so, or knowing that to the employer otherwise, will not employ her during overtime and at the weekly rest from the fifth month of pregnancy onwards, even if he was entitled or permitted to do so under the Hours of Work and Rest Law, 1951; as is the law regarding night work, if the worker informed her employer in writing that she does not agree to work night work”. As a result, the pregnant worker is obligated to notice her pregnancy to the employer when she enters her fifth month of pregnancy. Hence, from the moment the worker notices the pregnancy (or, alternatively, if the employer is otherwise aware of the pregnancy matter), various obligations such as prohibition of overtime employment, prohibition of employment on weekly rest days, and prohibition of employment at night work (without her consent to do so) – apply to the employer.

Despite the above, when it comes to the fact that she exposes, by virtue of the nature of her work, to substances considered dangerous, the law does not allow her to wait for the fifth month of her pregnancy, but rather requires her to notice the employer within a period of up to 10 days from the date of her pregnancy.

Bed rest Due to high risk pregnancy – Rights at work

In Section 58 of the National Insurance Law [Combined Version], since-1995 is defined as “saving pregnancy” as a situation in which the pregnant working woman is forced to absent her work for one of the following reasons:

“(1) a medical condition arising from pregnancy that endangers the woman or her fetus, all in accordance with written medical authorization;

(2) The type of work, place of work or manner of carrying out the work endangers the woman because she is pregnant, or her fetus, according to a written medical certificate, and no suitable alternative work has been found by her employer.”

The pregnant worker who is on contraception is not considered eligible to pay her work wages due to the period of maintaining the pregnancy, but, under it, she is entitled to receive one of the following payments – a pregnancy retention benefit from the National Insurance Institute (as enshrined in Section 59 of the National Insurance Law), or to pay sick pay from the employer (when she has an accumulation of sick days at her disposal). 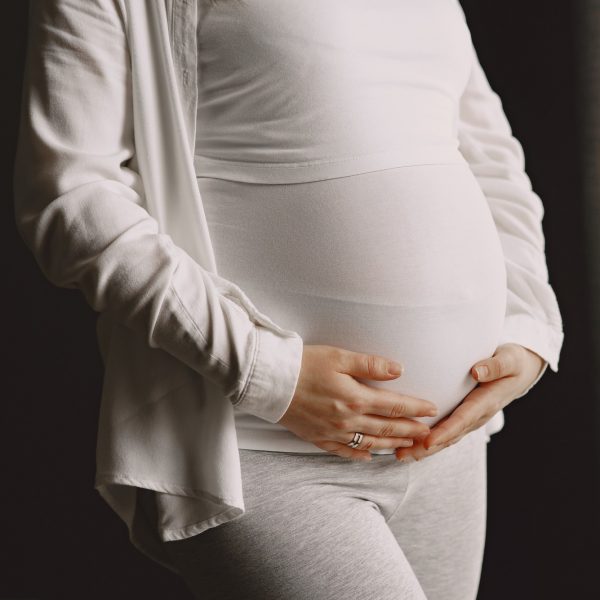